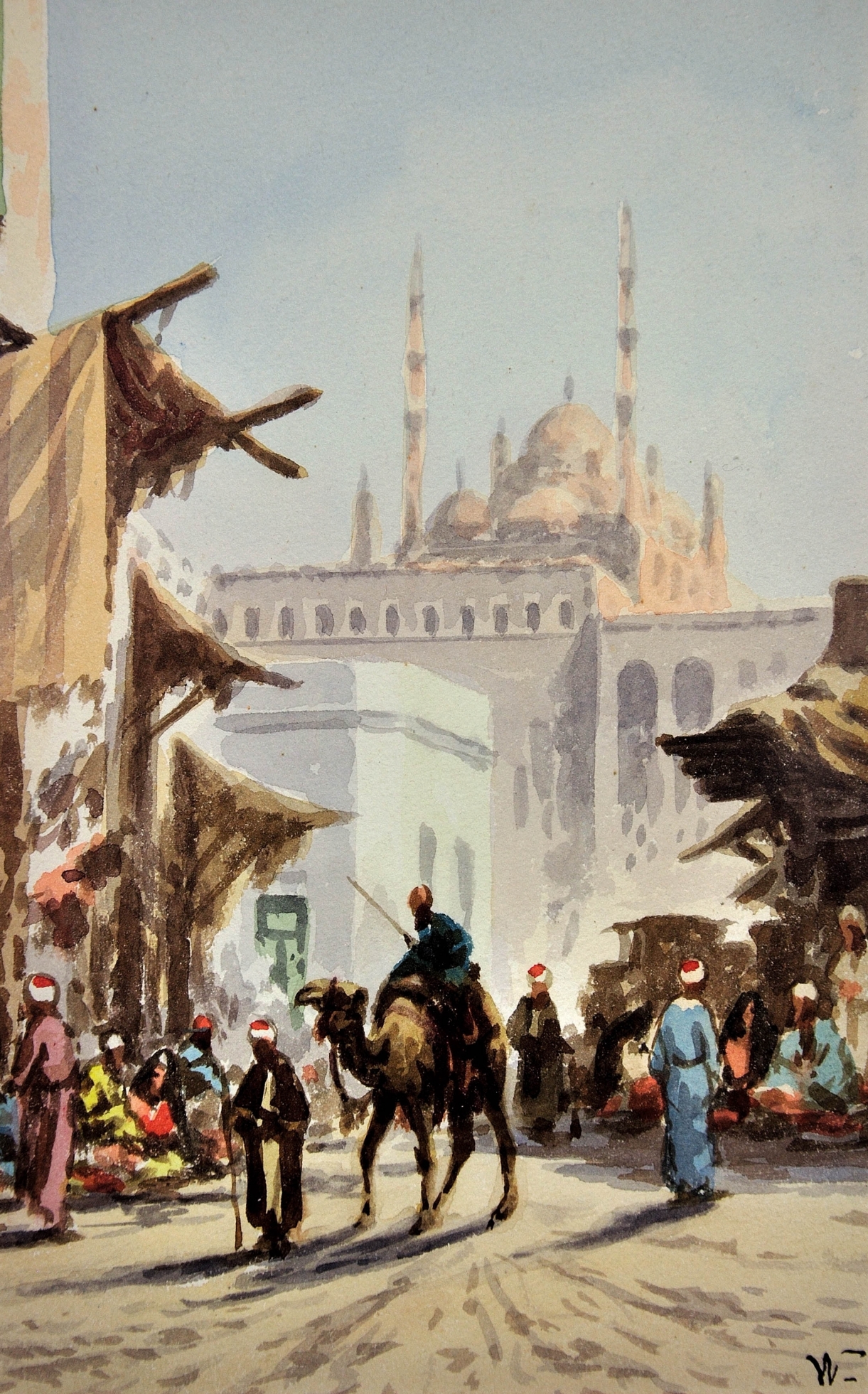 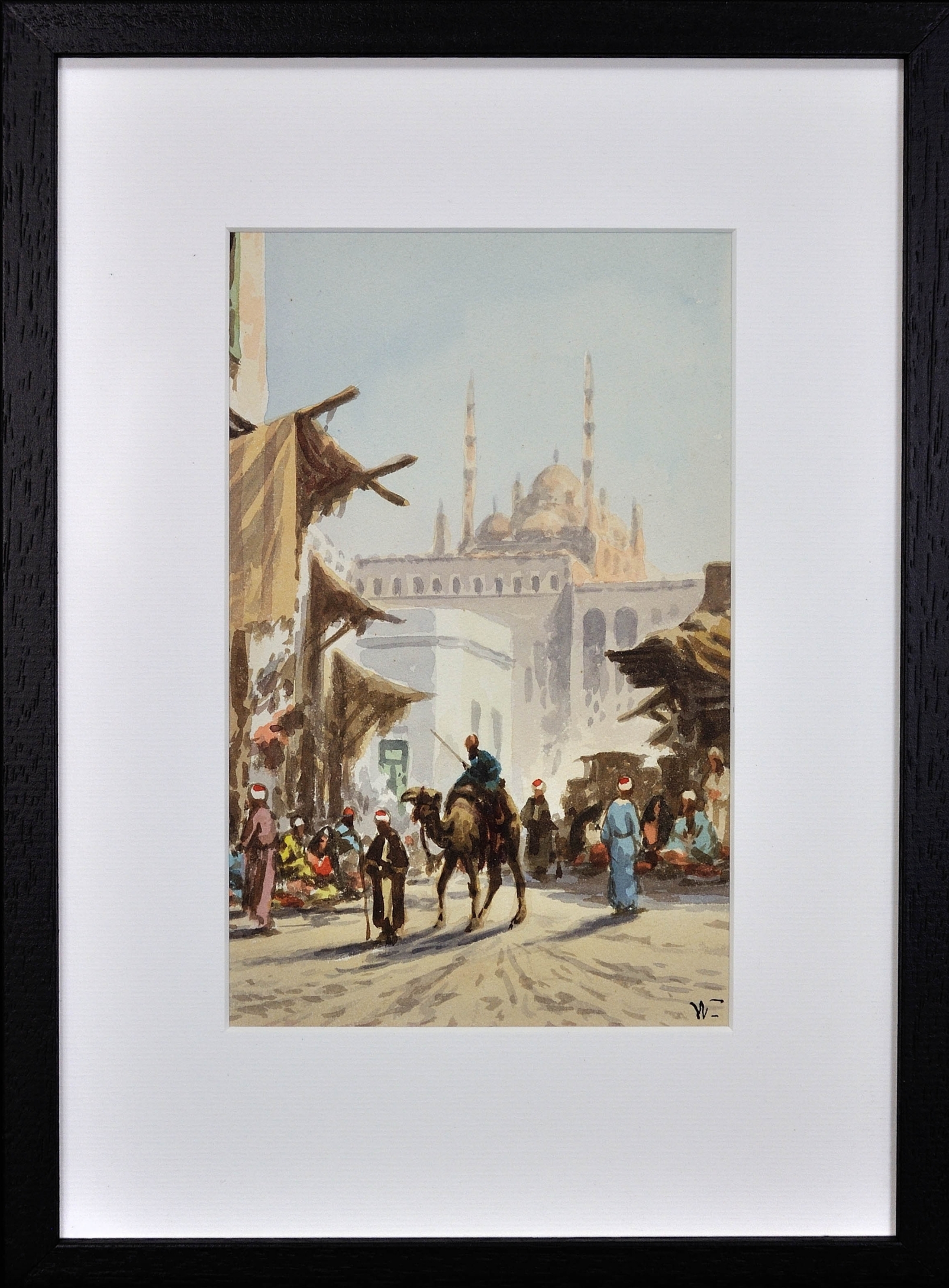 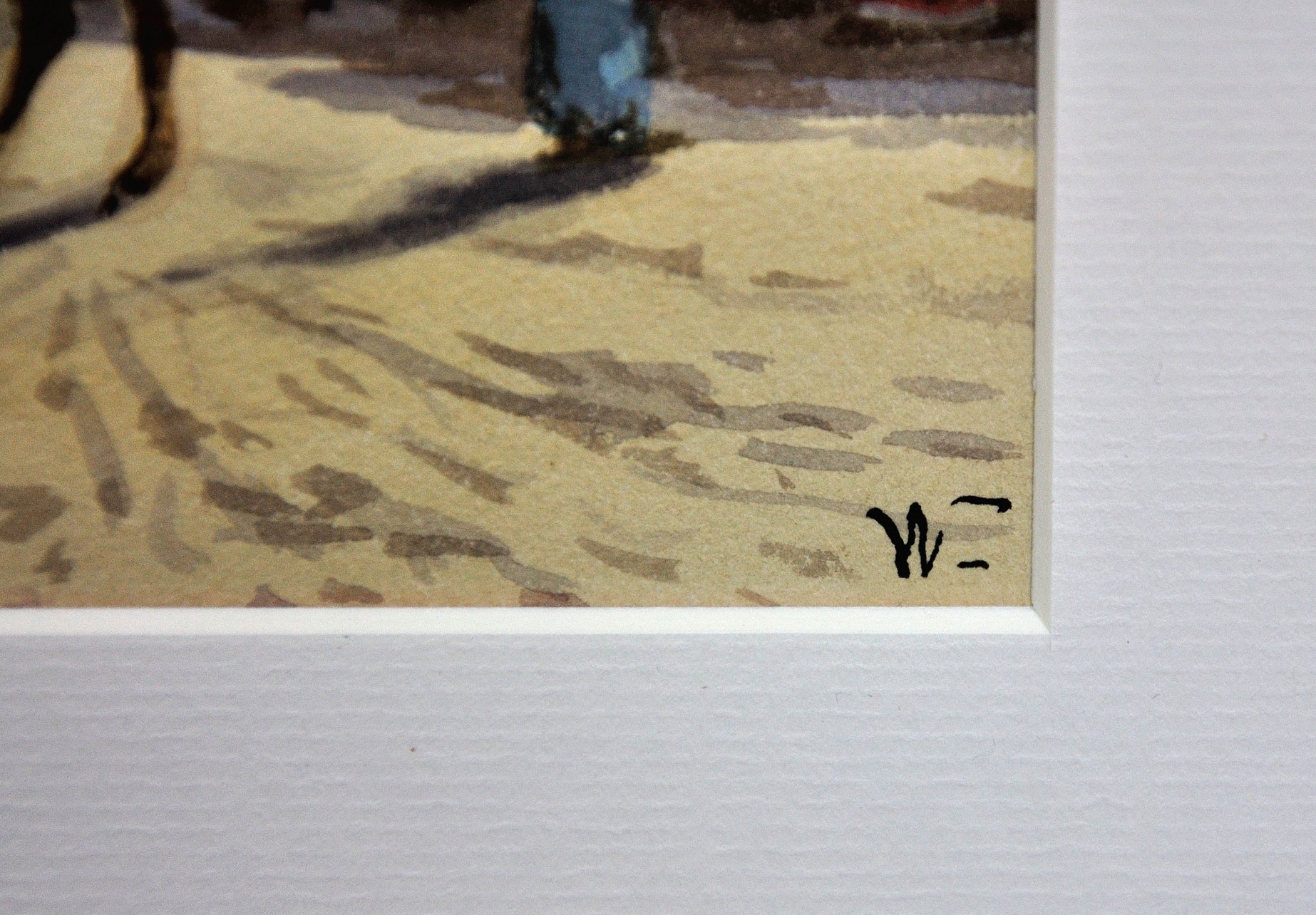 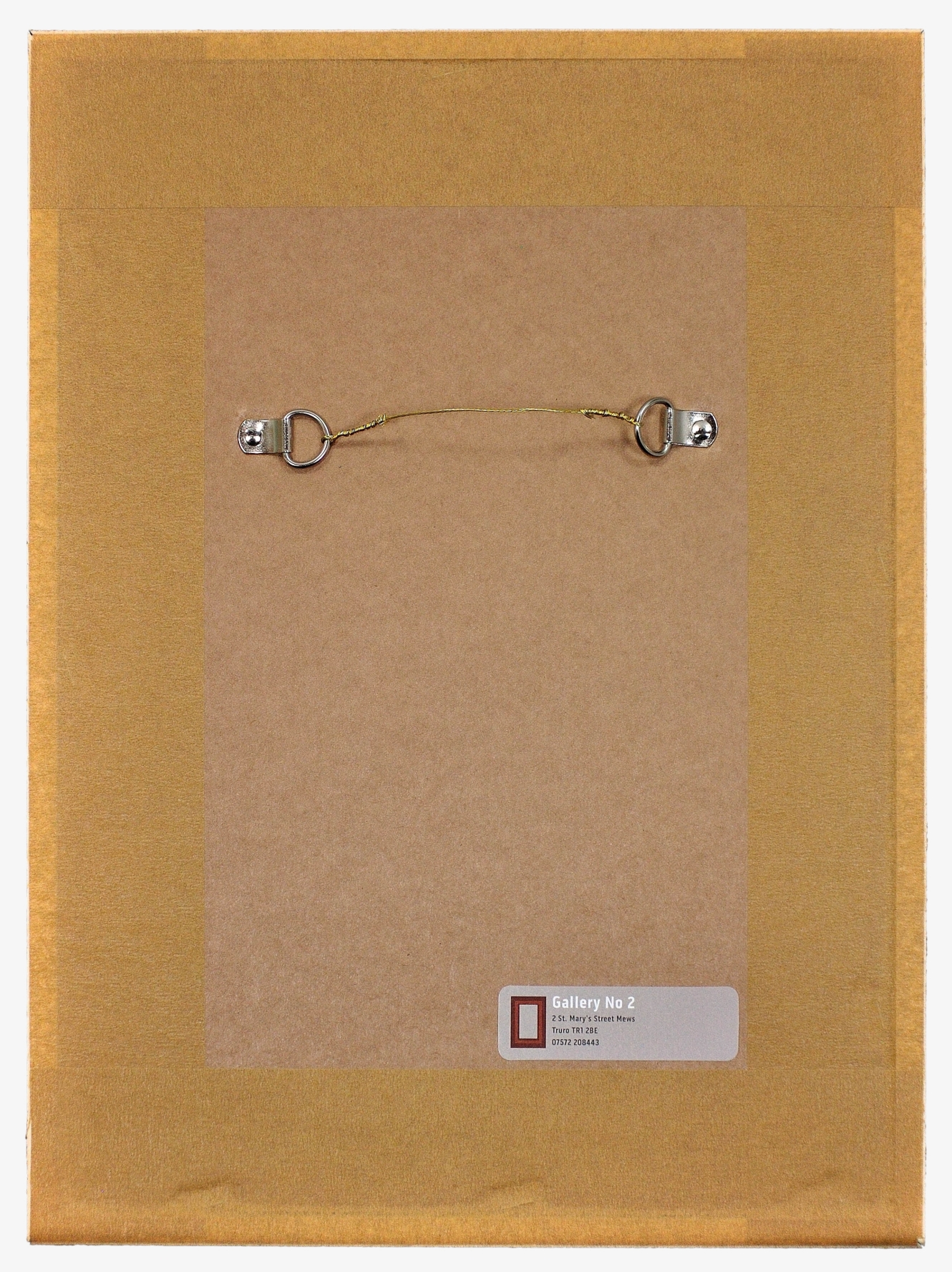 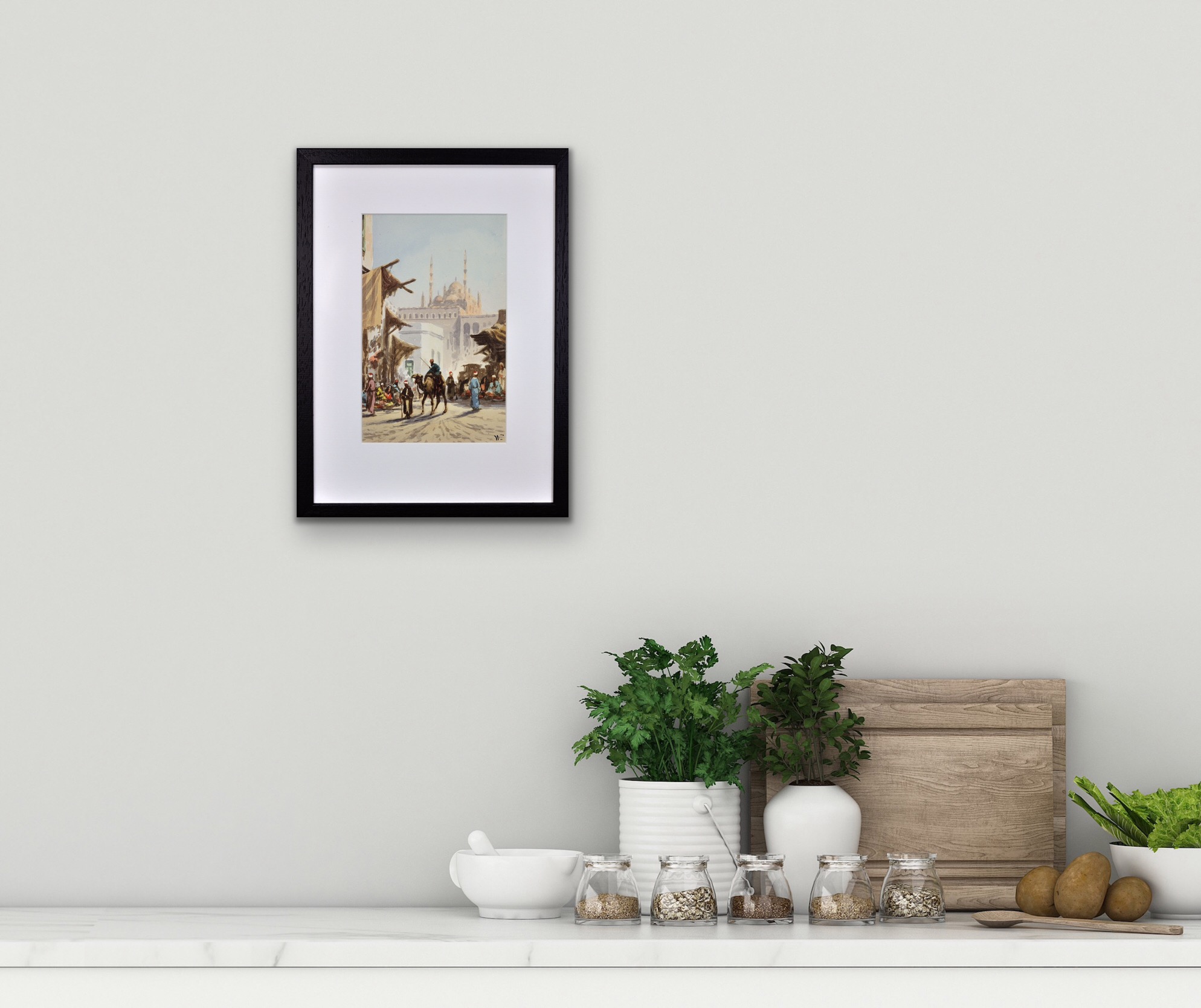 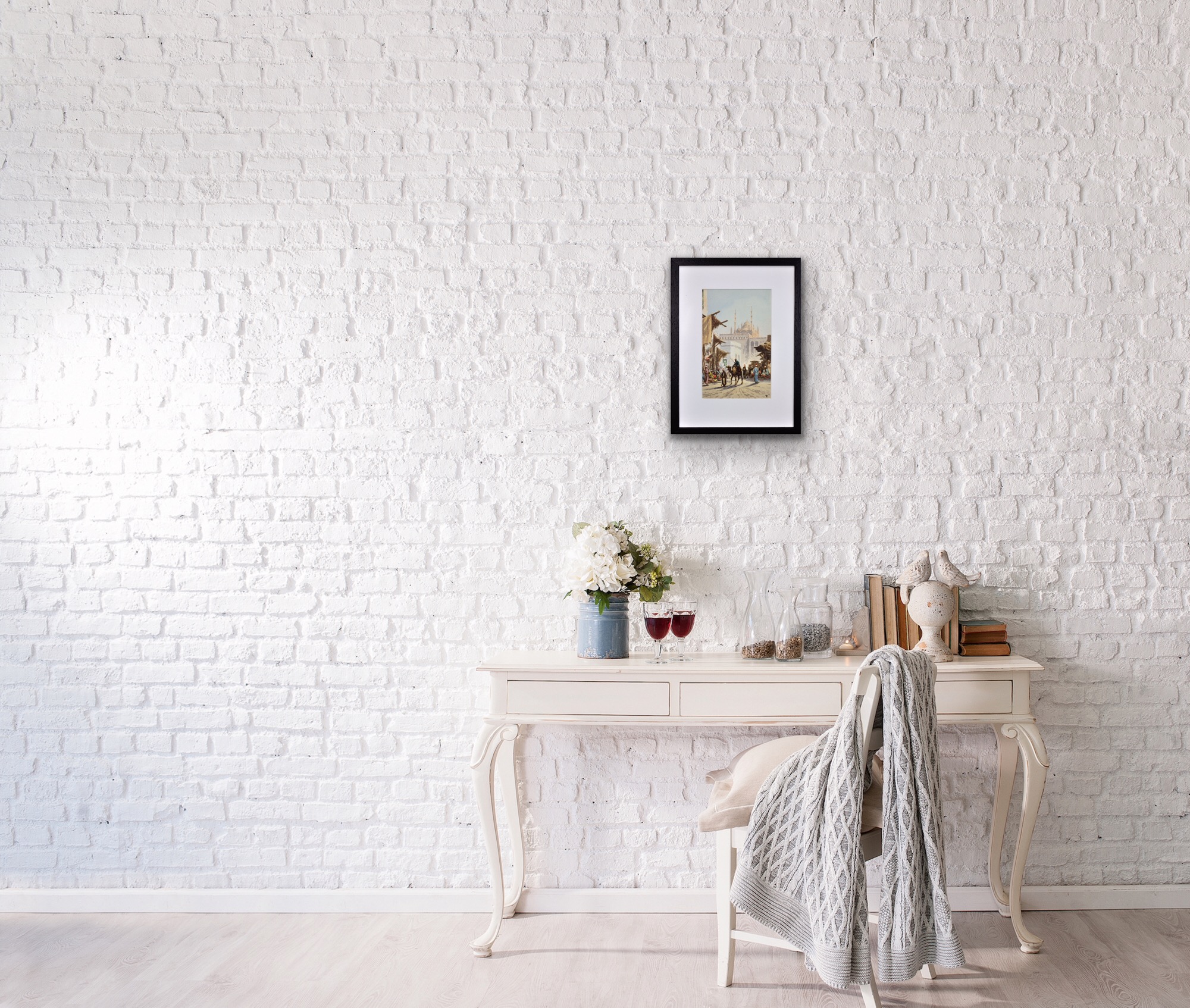 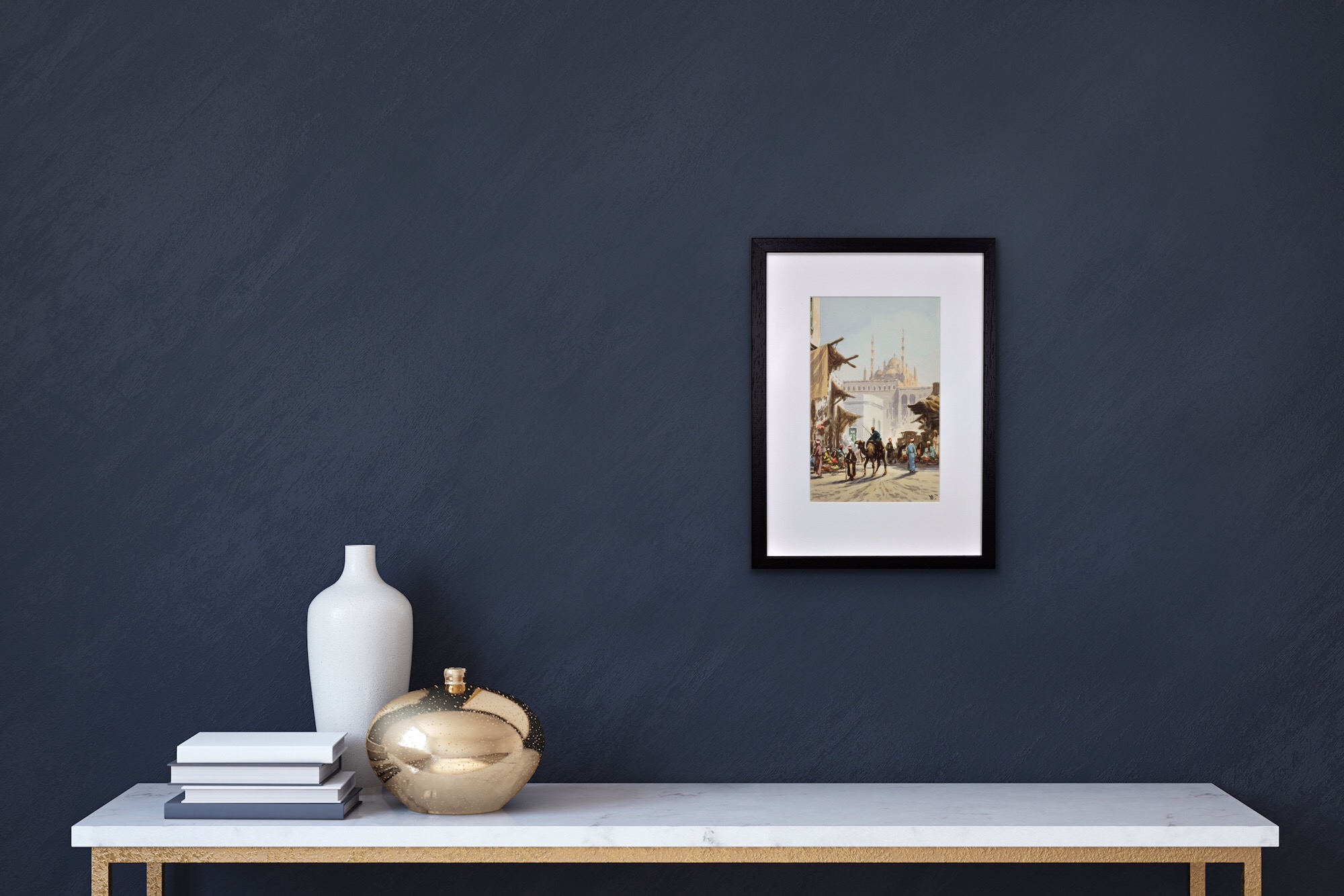 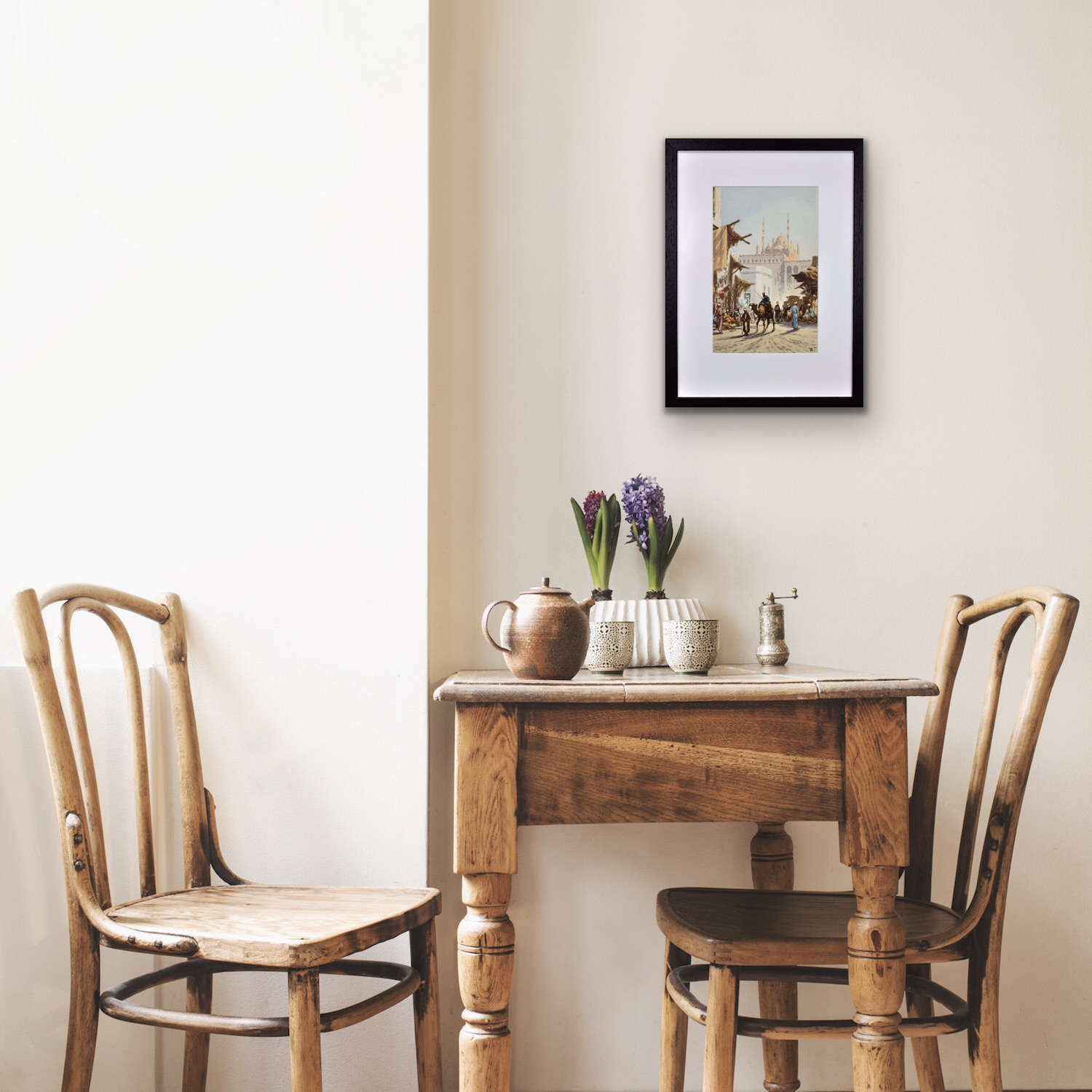 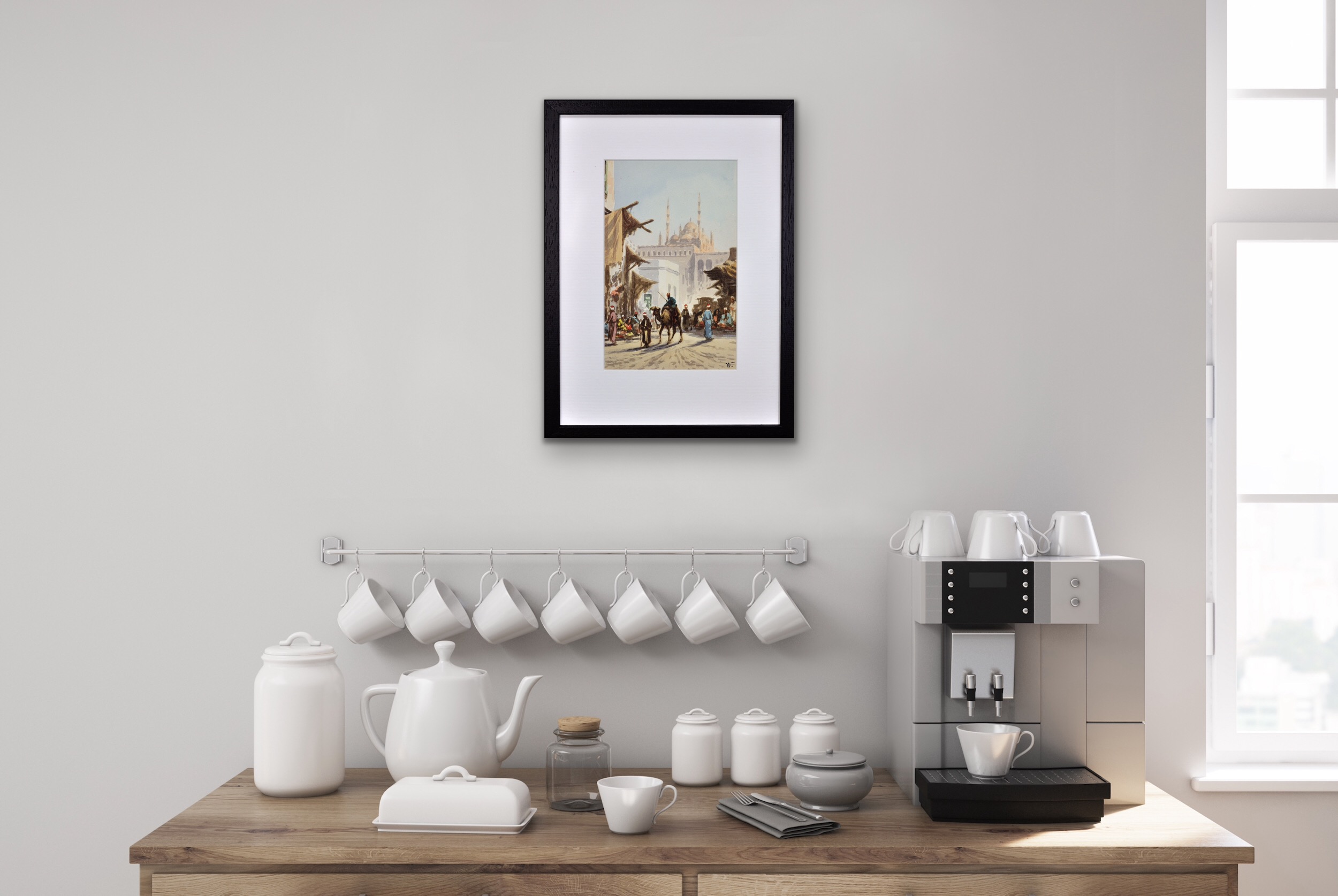 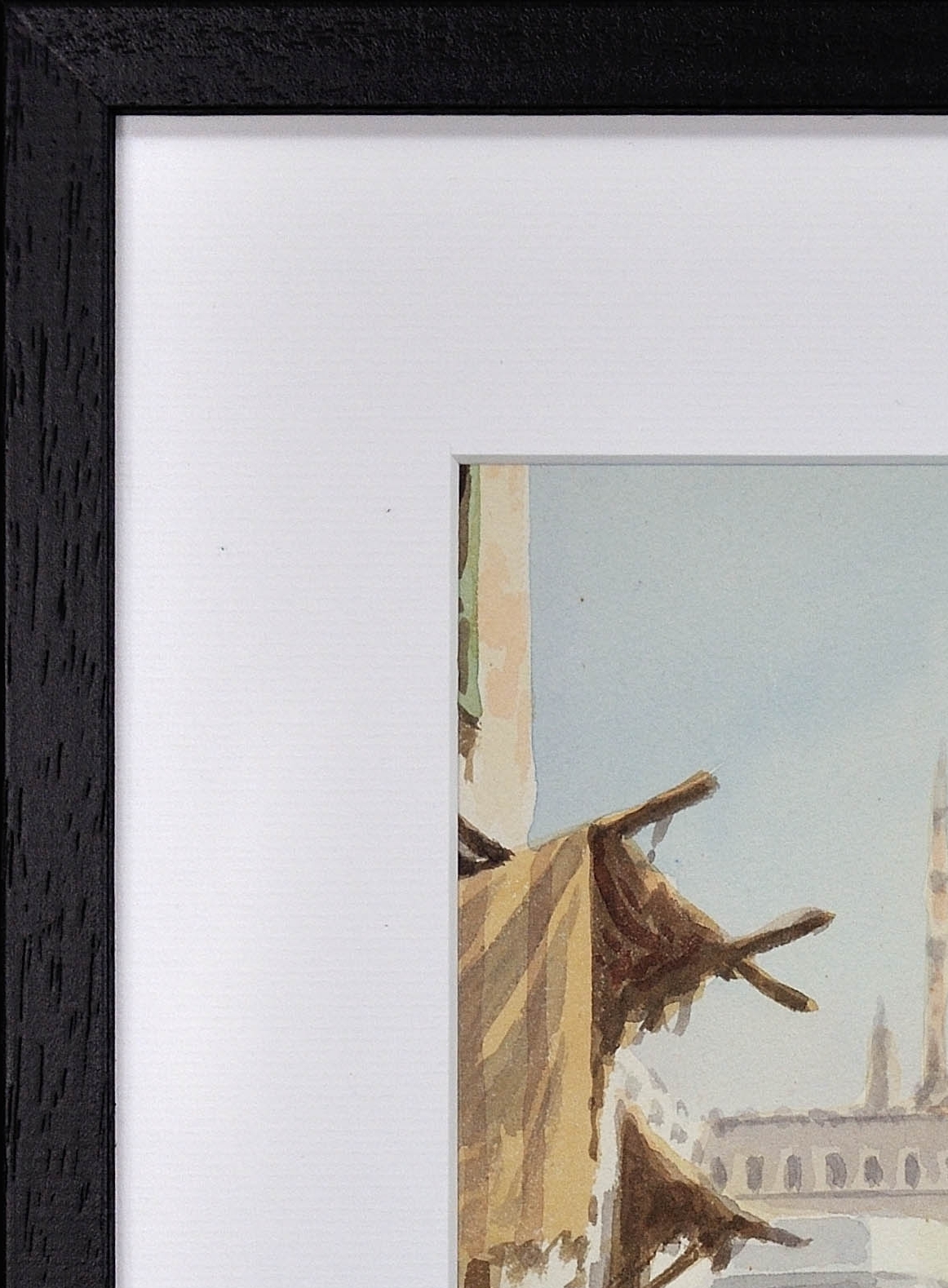 In the Citadel, Cairo, before The Great Mosque of Muhammad Ali Pasha

Available for sale from Big Sky Fine Art; this original painting by Edwin Lord Weeks dating from the mid 1870s.
The watercolour is presented and supplied in a sympathetic contemporary frame (which is shown in these photographs), mounted using conservation materials and behind premium glass with UV Protection greater than 70% (Artglass AR 70™).
This antique painting is in superb condition. It wants for nothing and is supplied ready to hang and display.
The watercolour is monogrammed lower right.

This original watercolour painting by Edwin Lord Weeks depicts a scene from the interior of the Citadel of Cairo at the end of the 19th century. The Citadel of Saladin, as it is also known, is the largest fortification in the Middle East and one of the most iconic monuments in Islamic Cairo. A citadel is a fortified area of a town or city and this one was built by Salah ad-Din in medieval times as an Islamic fortification against Crusaders. It was further developed by subsequent Egyptian rulers, being the seat of government in Egypt and the residence of its rulers for nearly 700 years from the 13th to the 19th centuries. It is on a high elevation point, towering over Cairo. In the middle of the scene we see a dromedary camel with a rider on its back and another man walking in front. There are various other people, all in traditional Arab dress, some sitting in groups, some going about their business. The white buildings in the foreground have basic wooden and cloth shades over their windows and the pale blue hazy sky above tells us that it is very hot. In the background we see the Alabaster Mosque, or Great Mosque of Muhammed Ali Pasha, commissioned by Muhammed Ali Pasha between 1830 and 1848 in memory of his oldest son. The Mosque was the largest to be built in the first half of the 19th century and is the most visible mosque in Cairo. The overall scene in this image is of everyday life set against the backdrop of these magnificent buildings and all the history they evoke.

In the Citadel, Cairo, before The Great Mosque of Muhammad Ali Pasha - Weeks, Edwin Lord