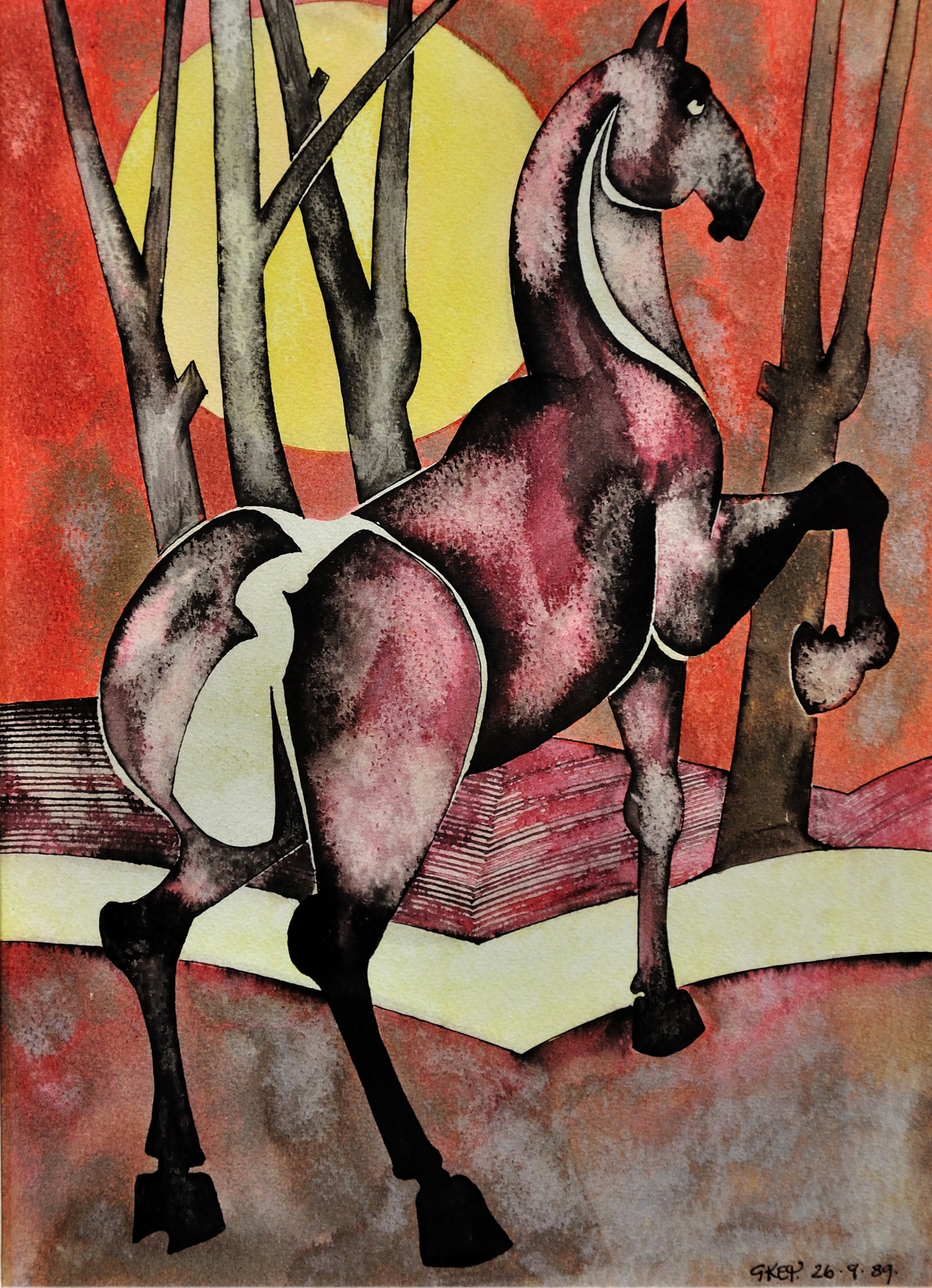 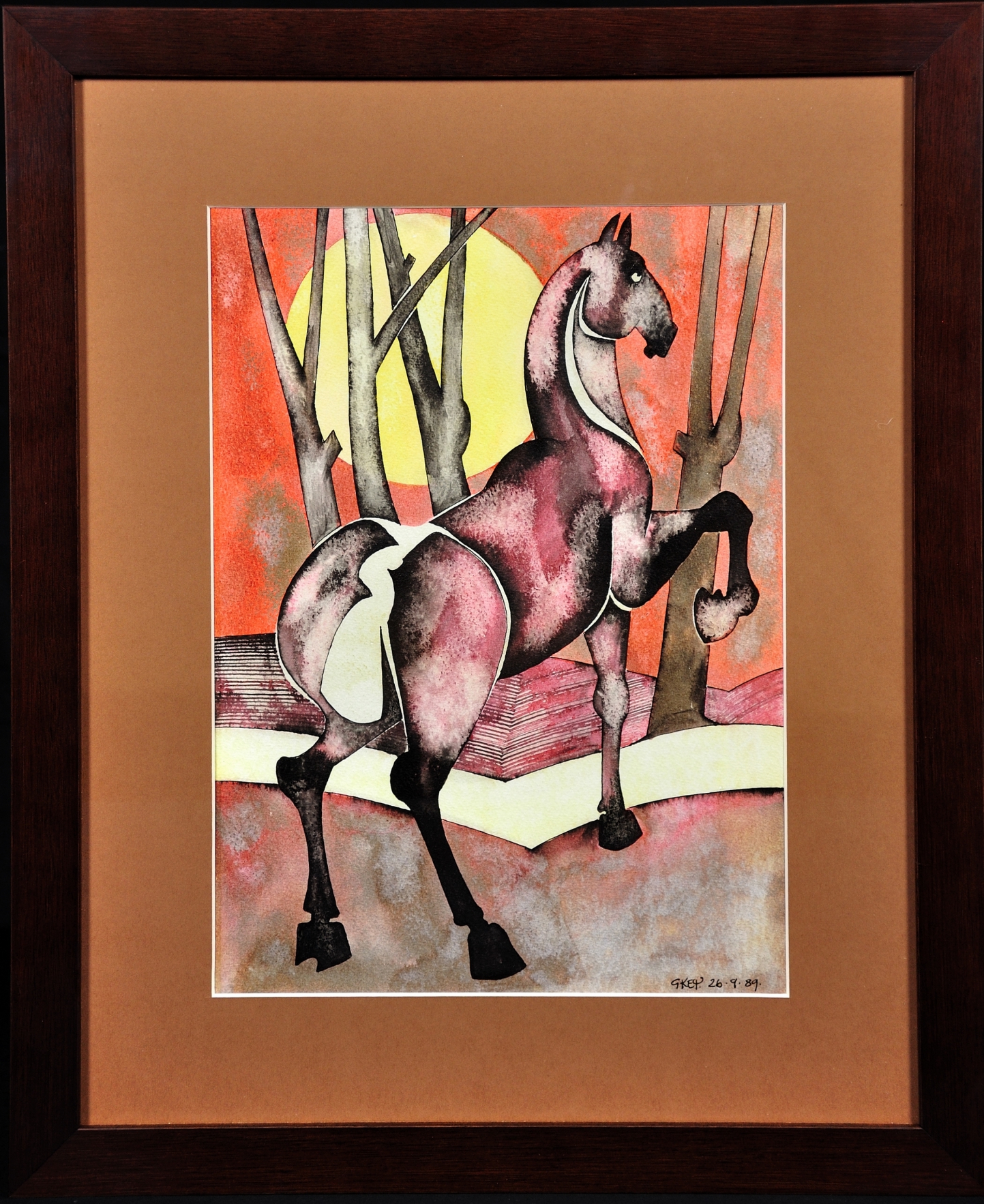 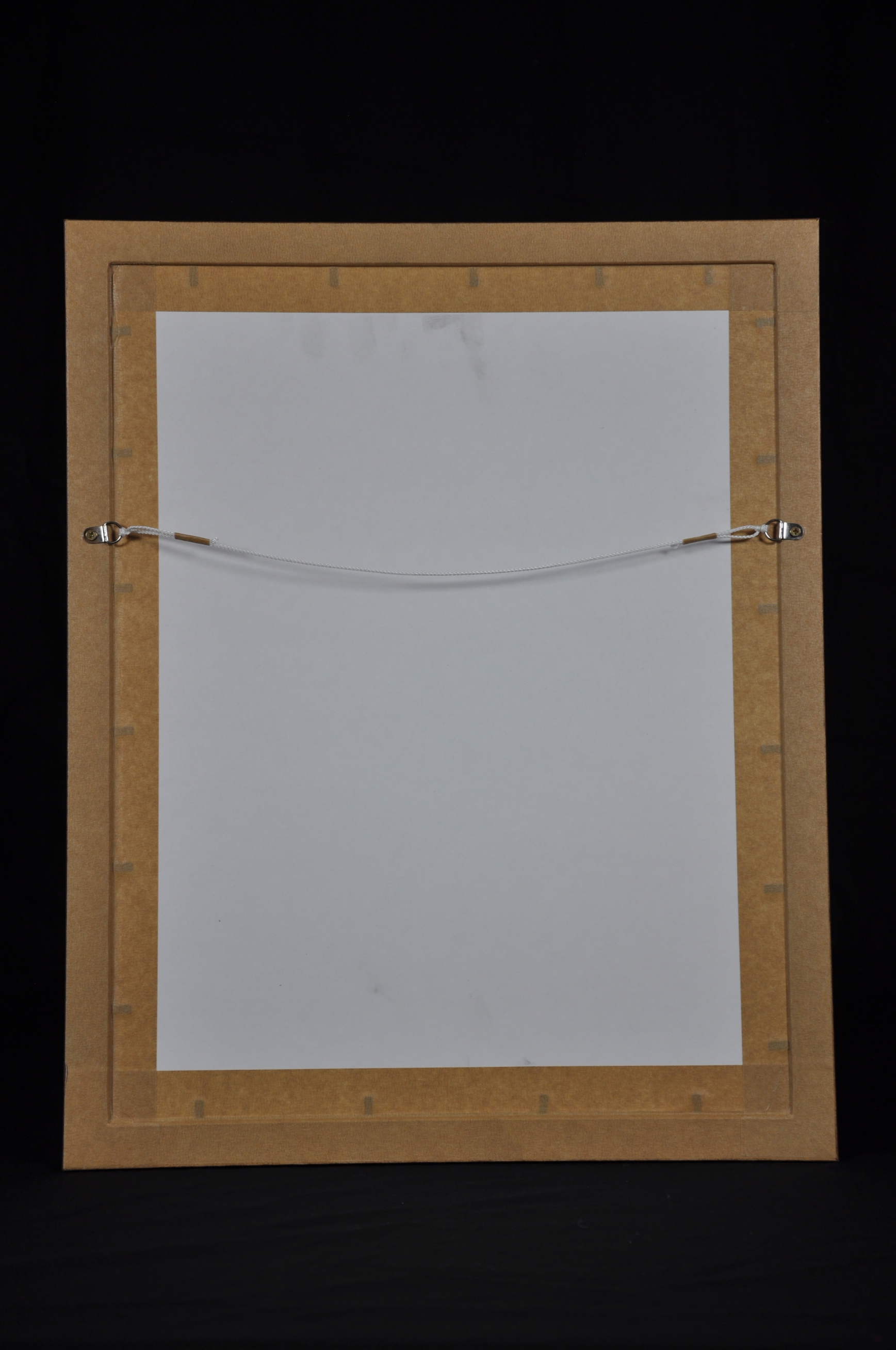 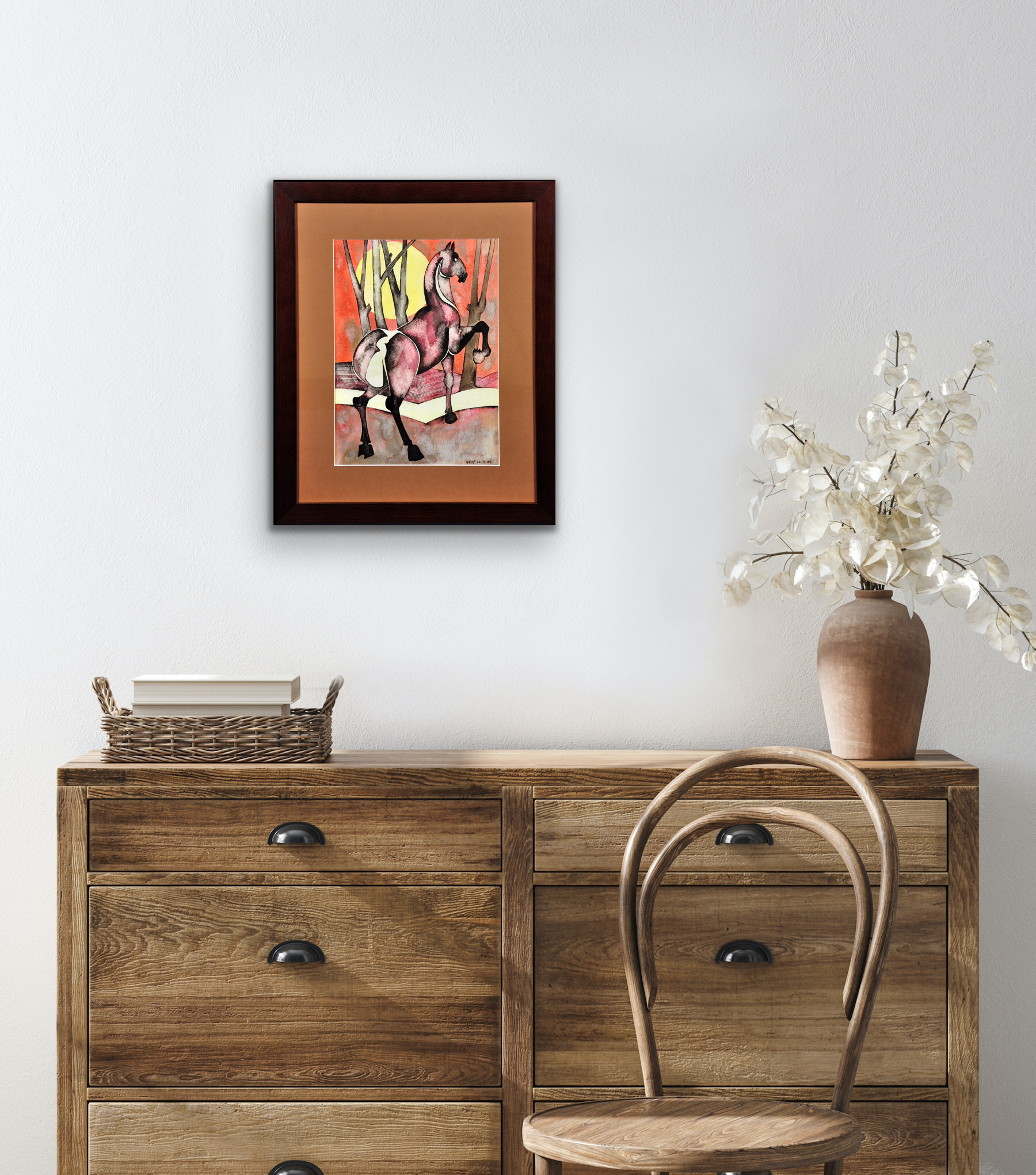 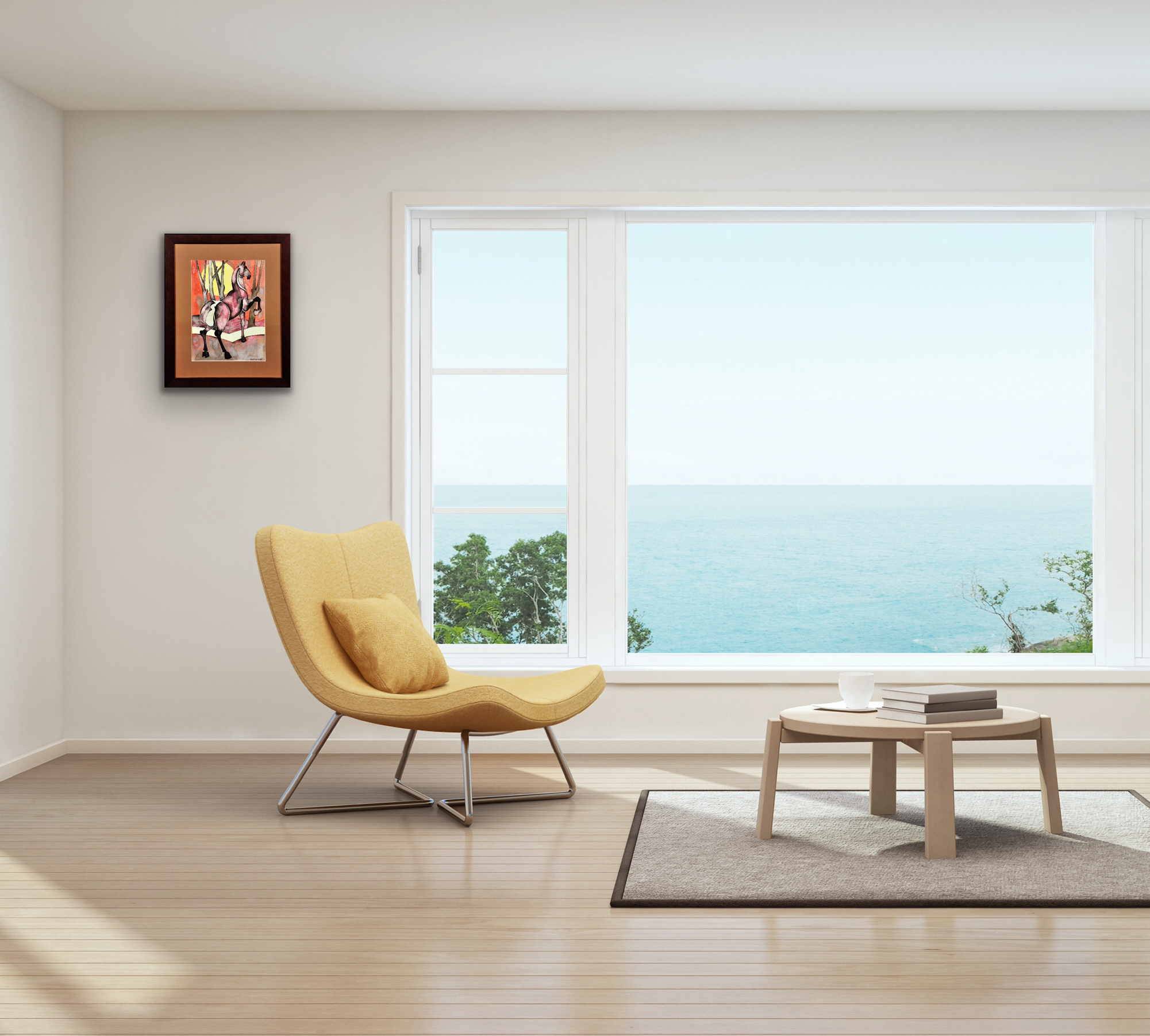 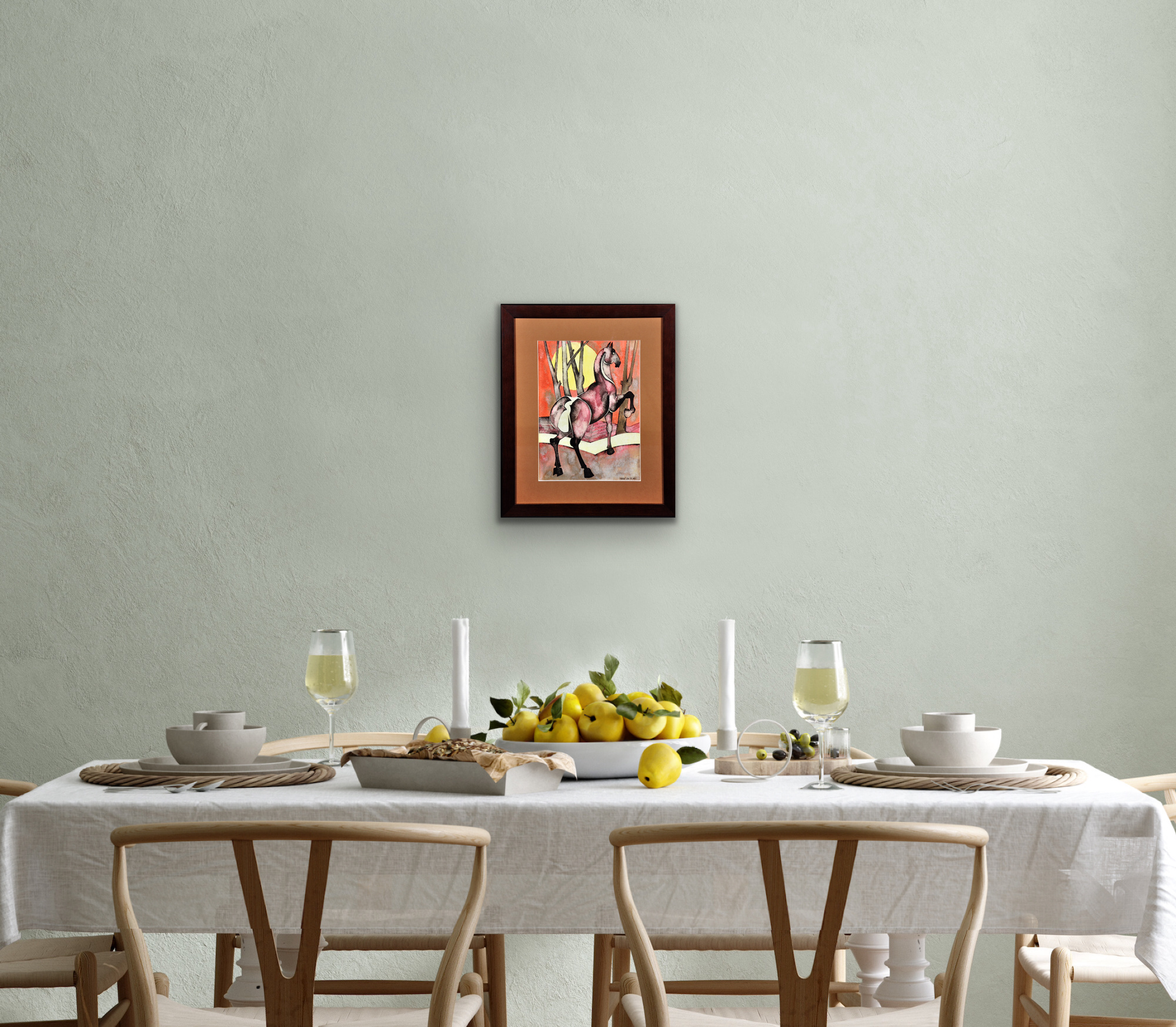 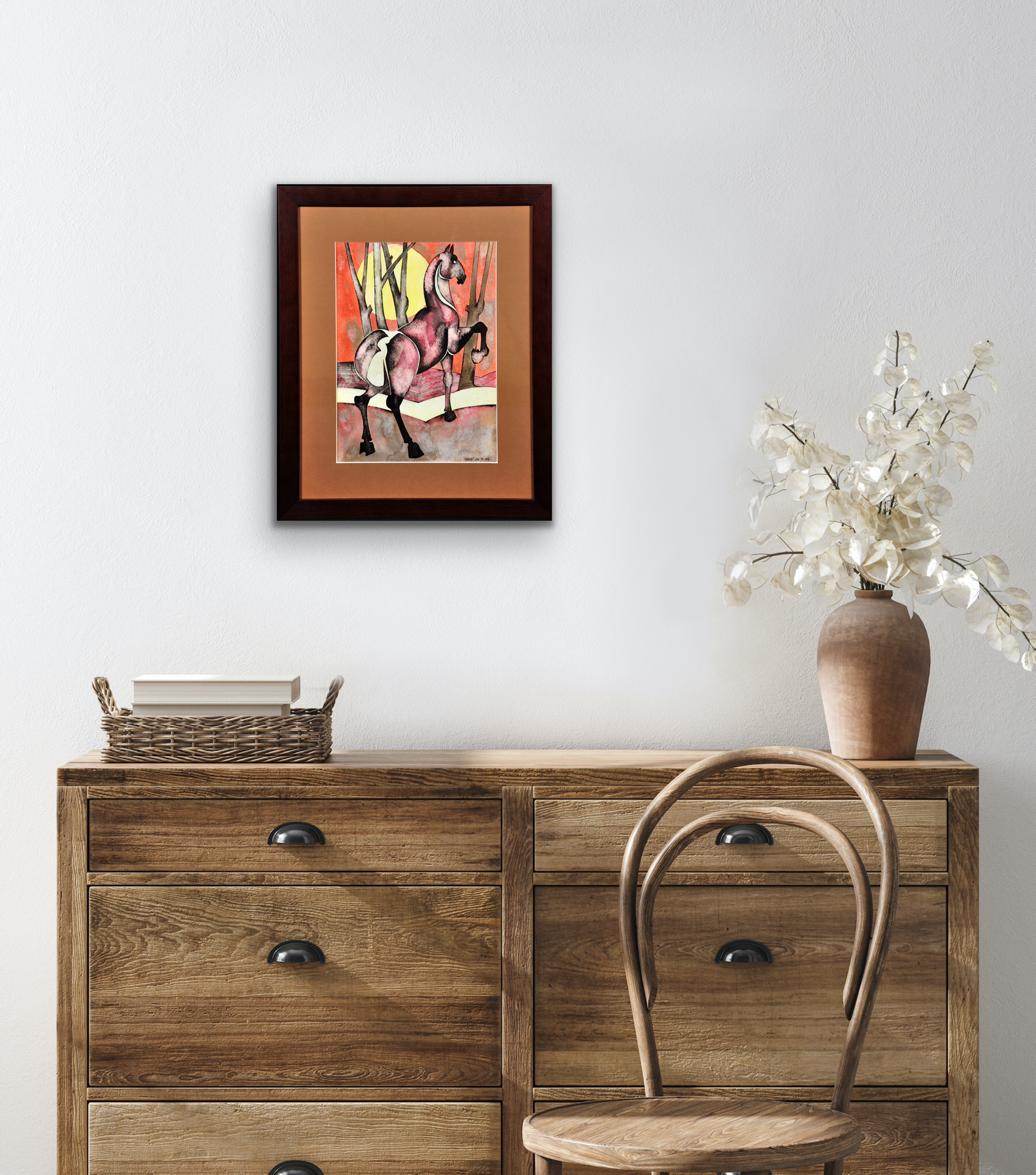 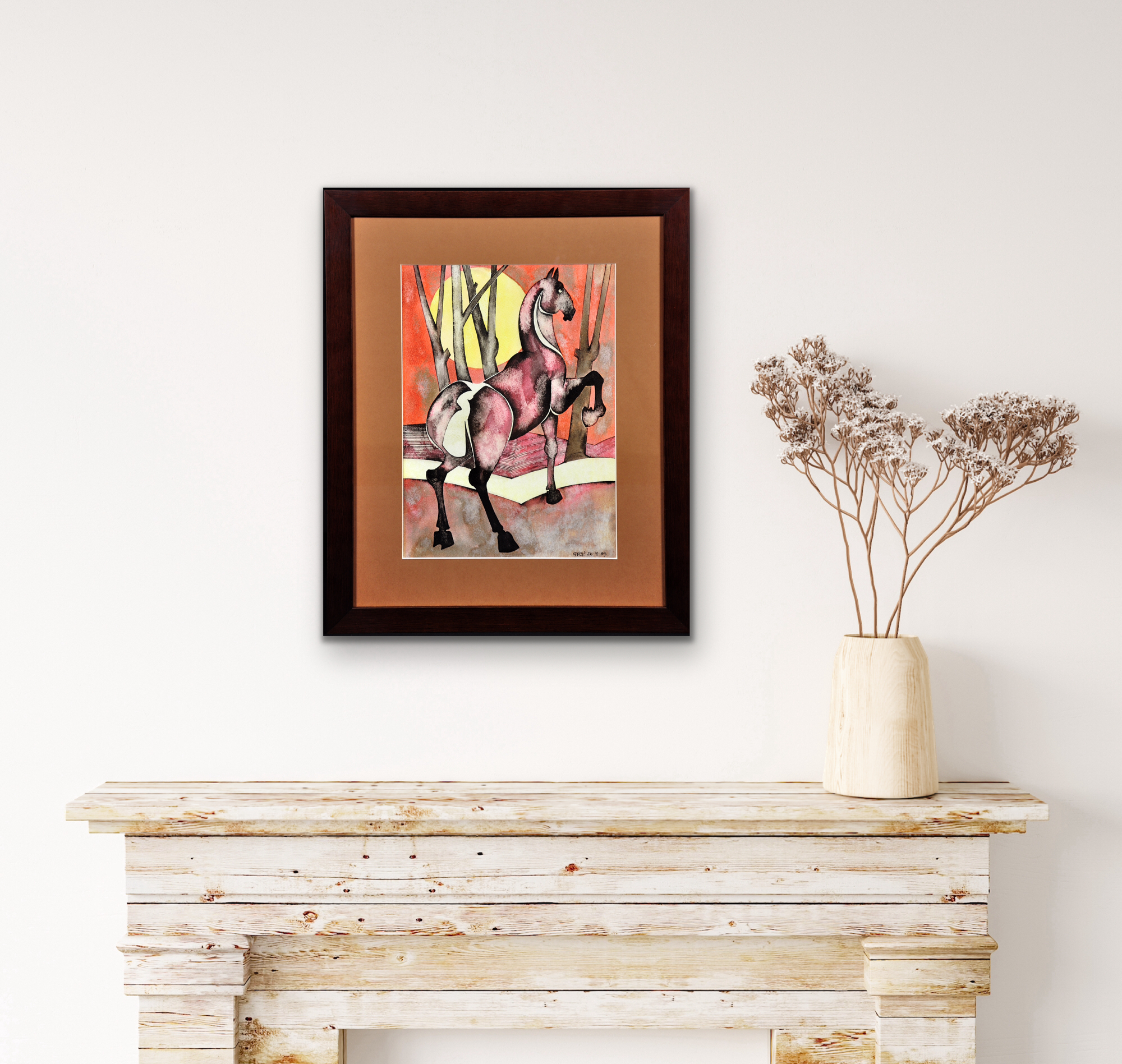 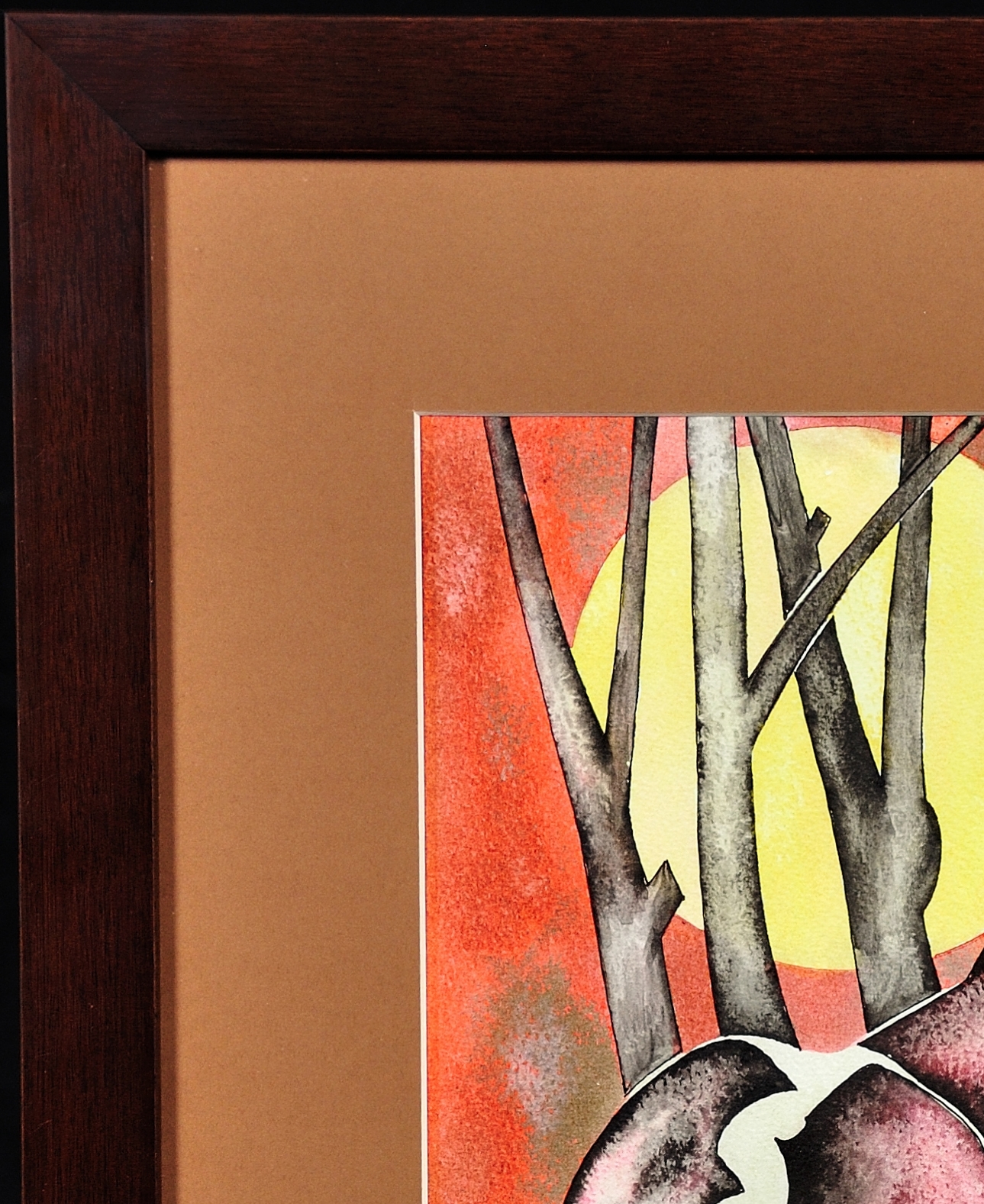 Available for sale from Big Sky Fine Art; this original painting by Geoffrey Key dated 26th September 1989.
The work is presented and supplied in a sympathetic and contrasting contemporary frame (which is shown in these photographs) to suit the subject colouration, mounted using conservation materials and behind glass.
This piece is in excellent condition. It wants for nothing and is supplied ready to hang and display.
The watercolour drawing is signed and dated lower right.

The process by which Key produces his paintings has been likened by him to meditation; he describes himself as being “on a totally different planet”. In preparation for a still life picture he will set the subject objects, look at the composition and then put them away and paint from memory. He also does little doodles or sketches when he is out and about to supplement his memory notes. He says that he has a fear of copying and that you can get a camera to do that! ”I find the mind’s great at distilling, at breaking down into essentials. If I’m looking at it I find myself copying every detail, and that isn’t necessary.” He sees the structure of a picture as more important that the subject matter, whether a figure or a landscape. If a picture is not quite right, Key will destroy it, and does so with one almost every month. He insists, ”I never let a picture go unless I am totally happy with it”

Now in his eighties, Key still has a home and studio in Salford, which he shares with his long-term partner Judith. They moved to a bigger house when he was 70 as he needed a larger studio, and he continues to paint, using sardine tins as palletes! He works in solitude, listening to music. Geoffrey Key himself is a singular, colourful character, jovial and modest; his work reflects a consuming interest in the wider world and an affirmative engagement with art and with life.

This stylised pen and wash watercolour is almost Japanese in its aesthetic feel and inspiration. It depicts a rearing horse against a simple landscape of fields, with bare tree trunks behind and a huge setting sun illuminating the whole. The horse is shades of purple and black, the sky red and the sun is clear yellow. It is a bold and colourful image, powerful and elegant. Very Geoffrey Key!