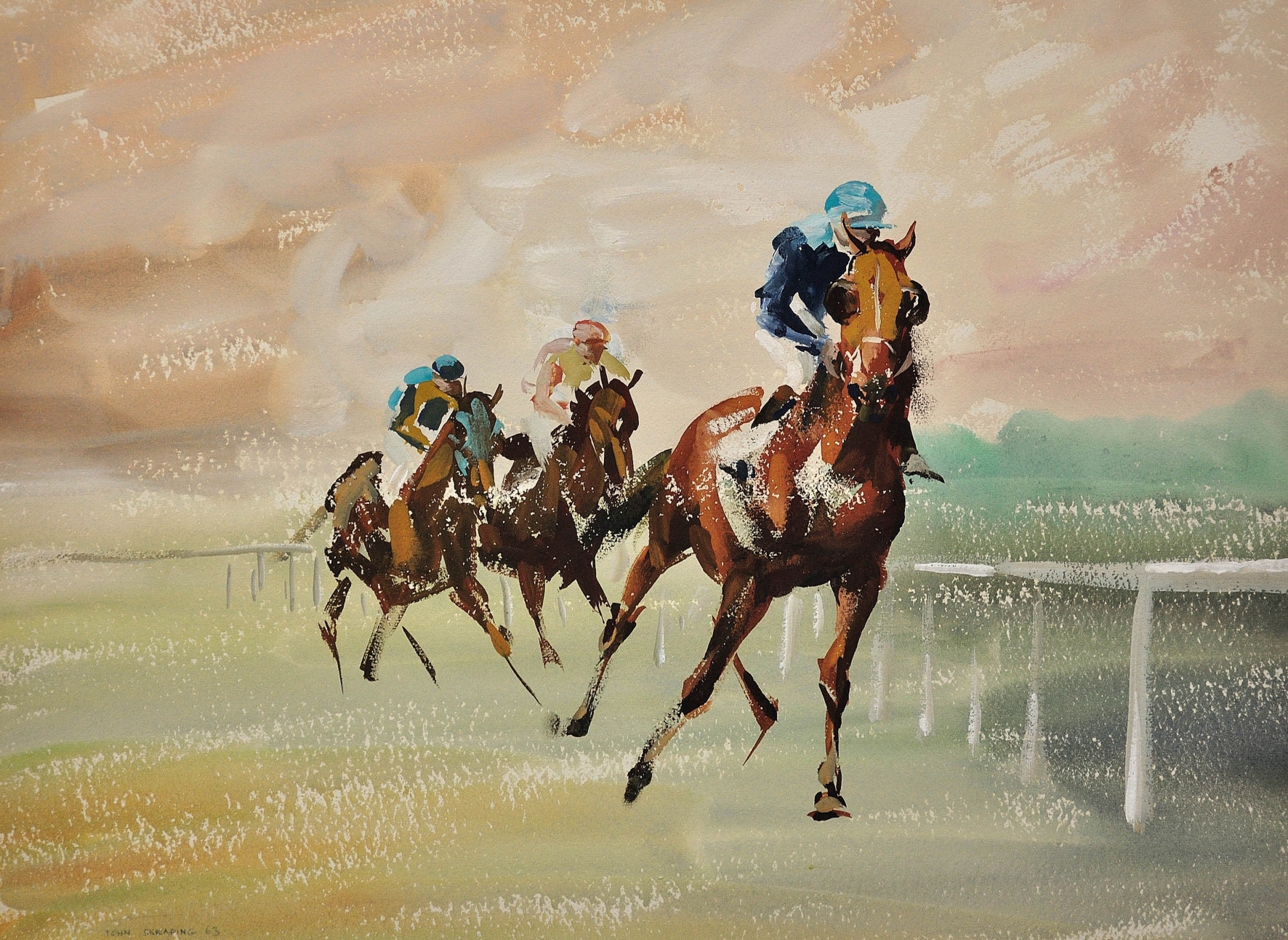 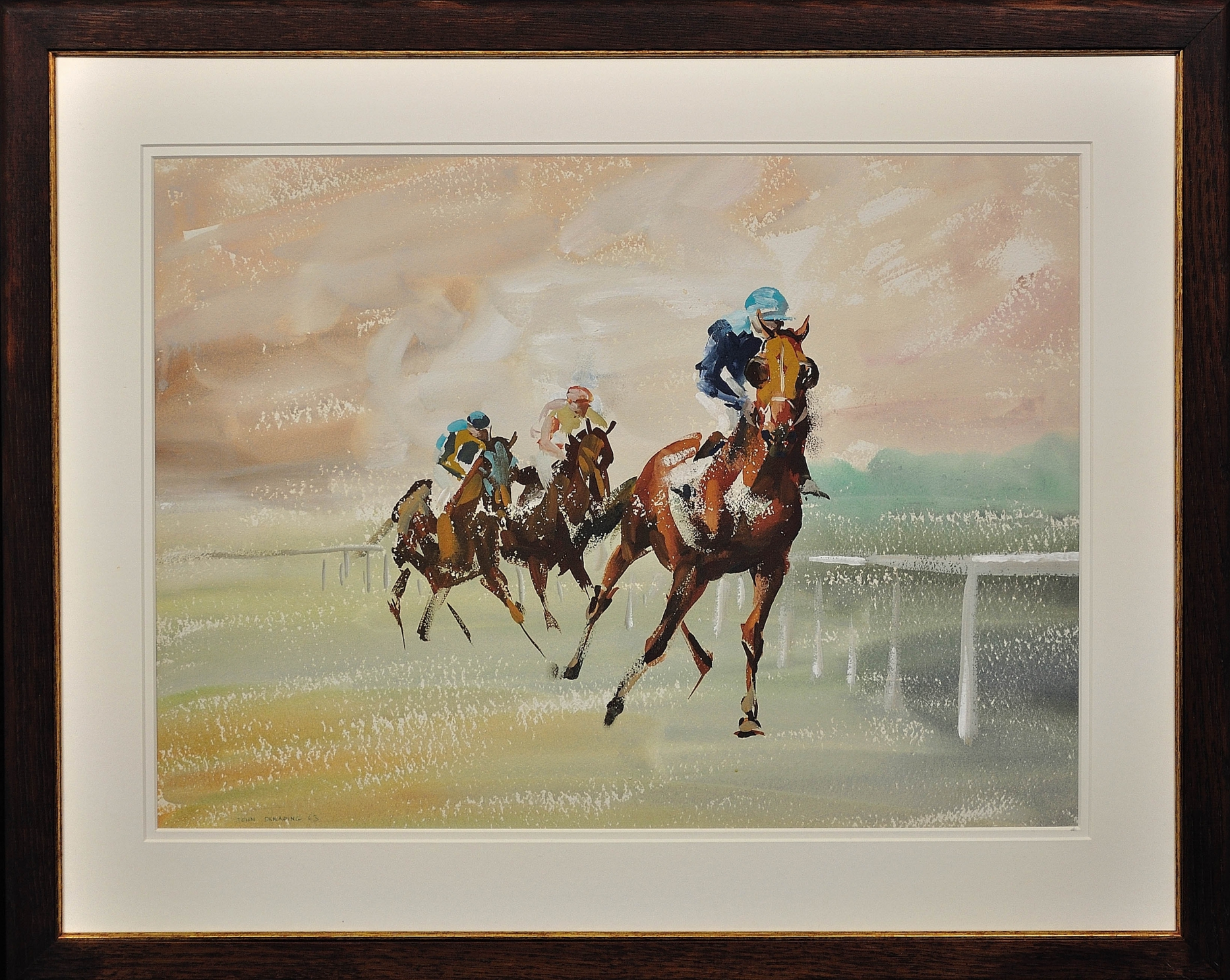 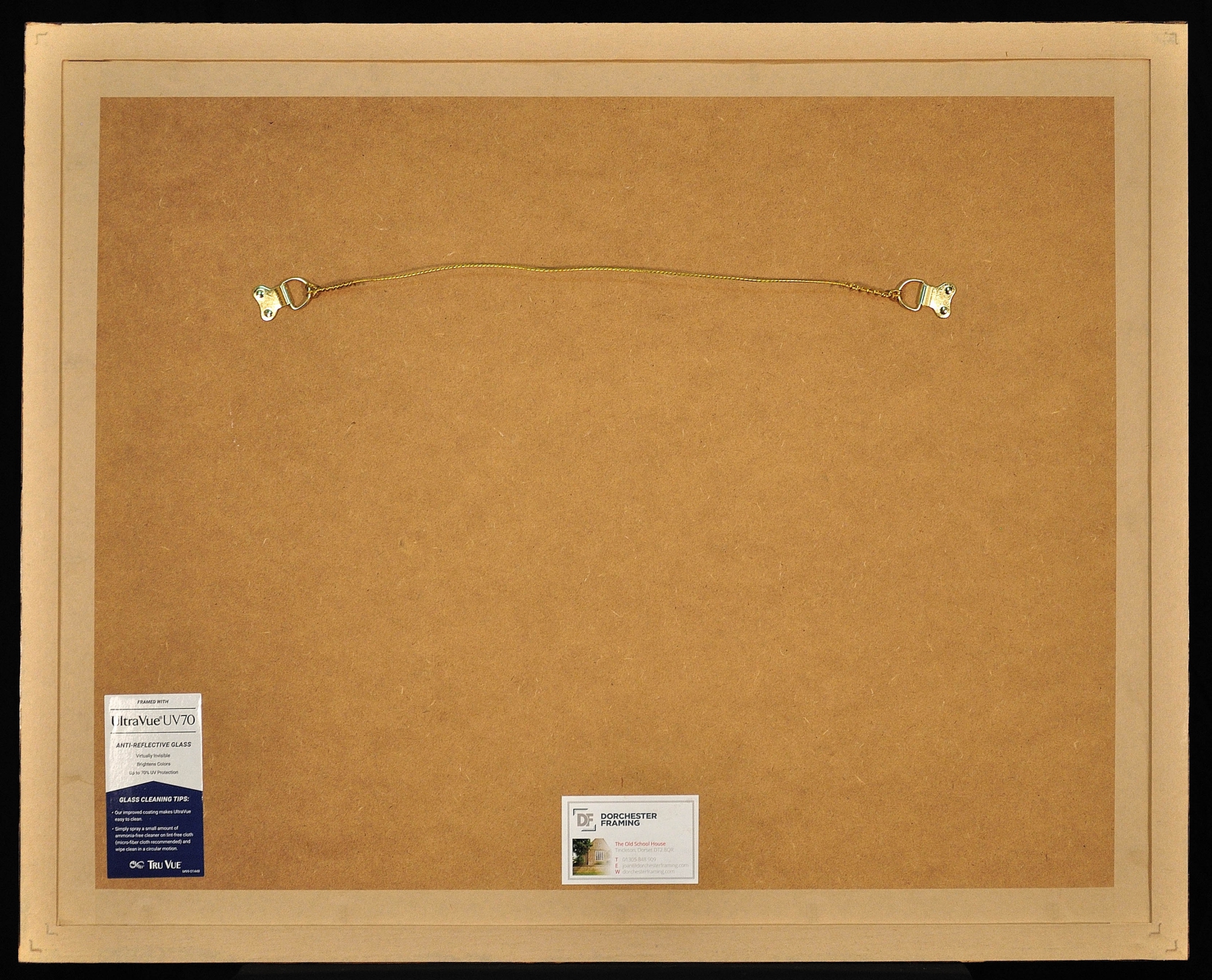 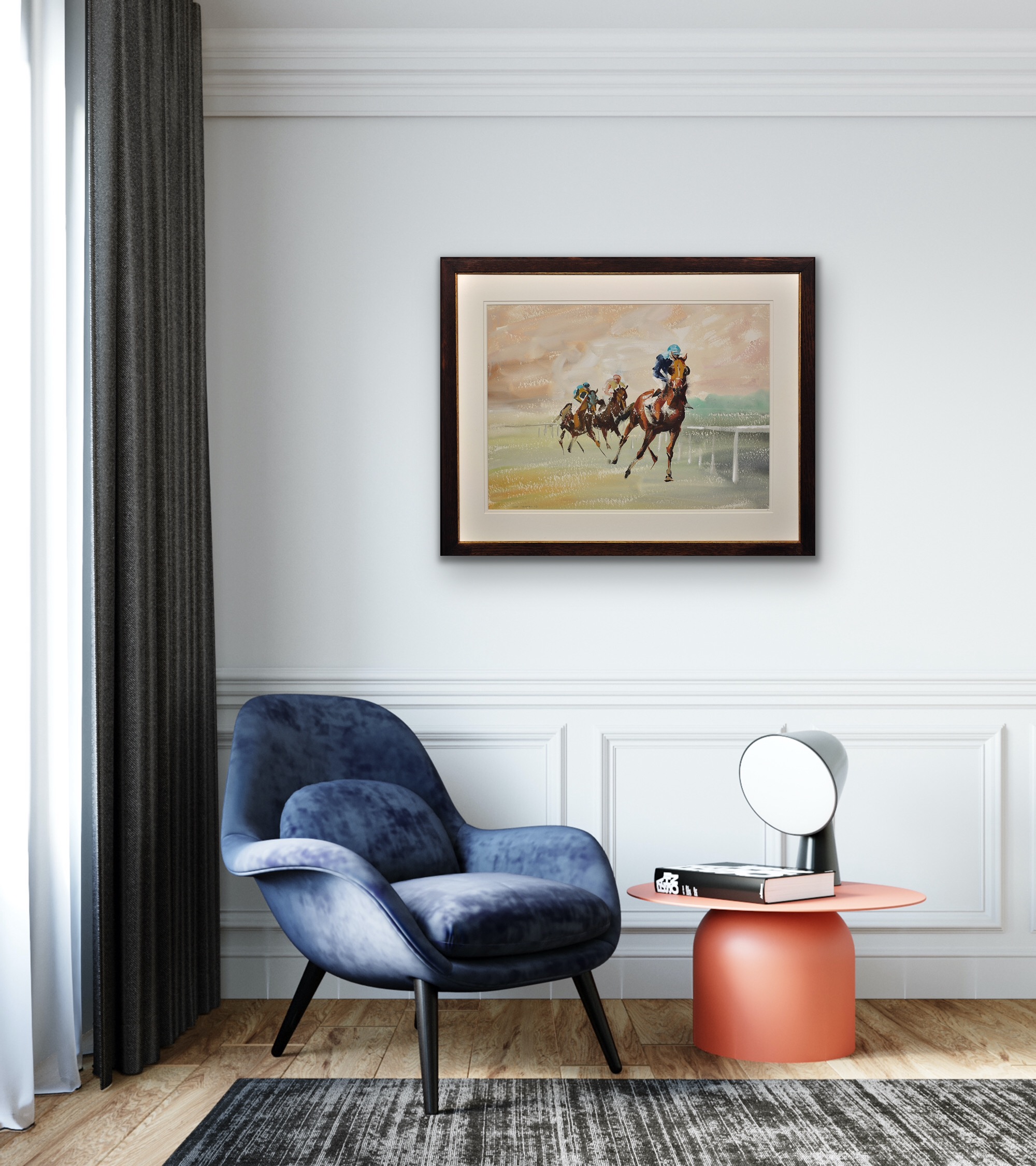 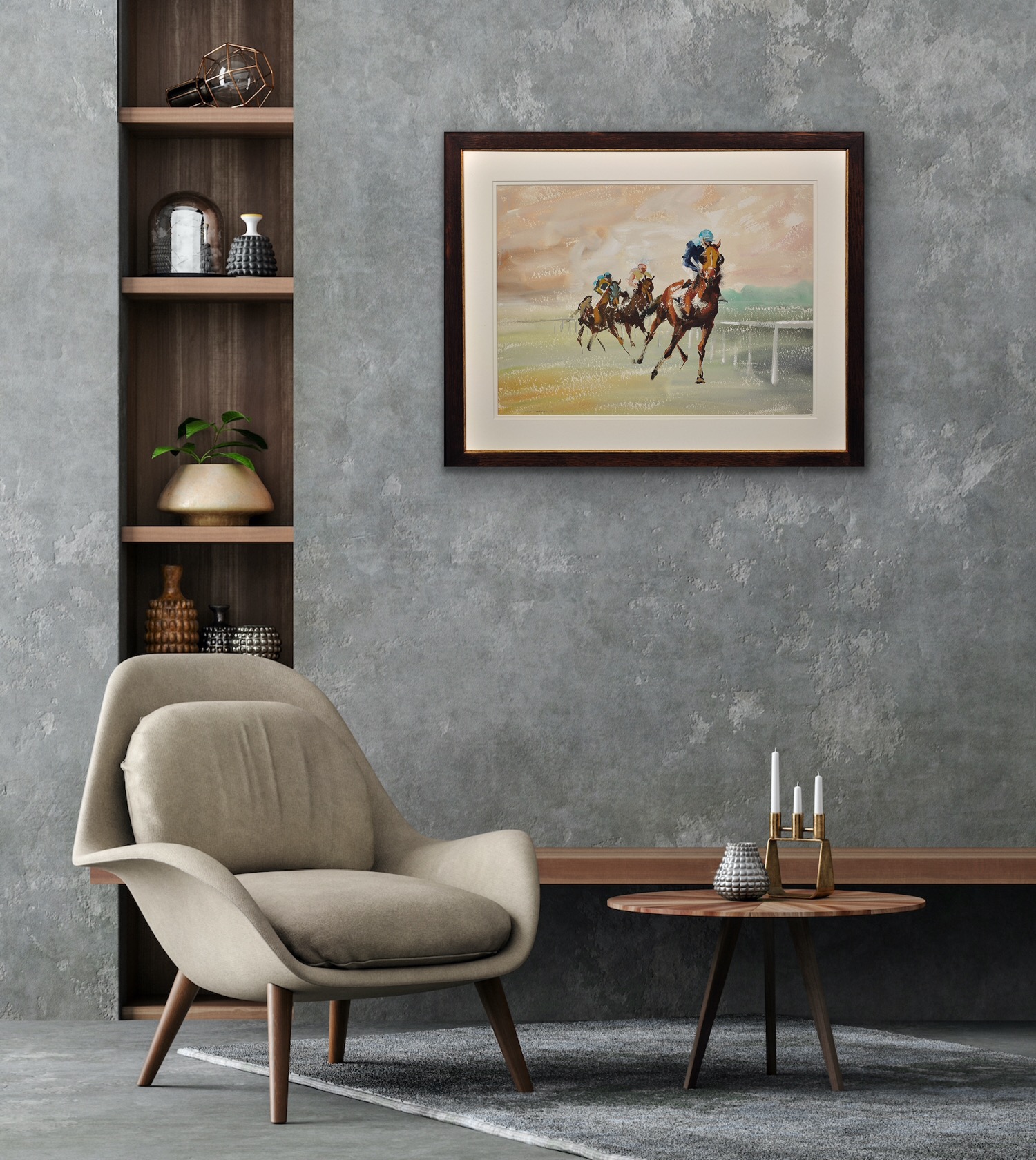 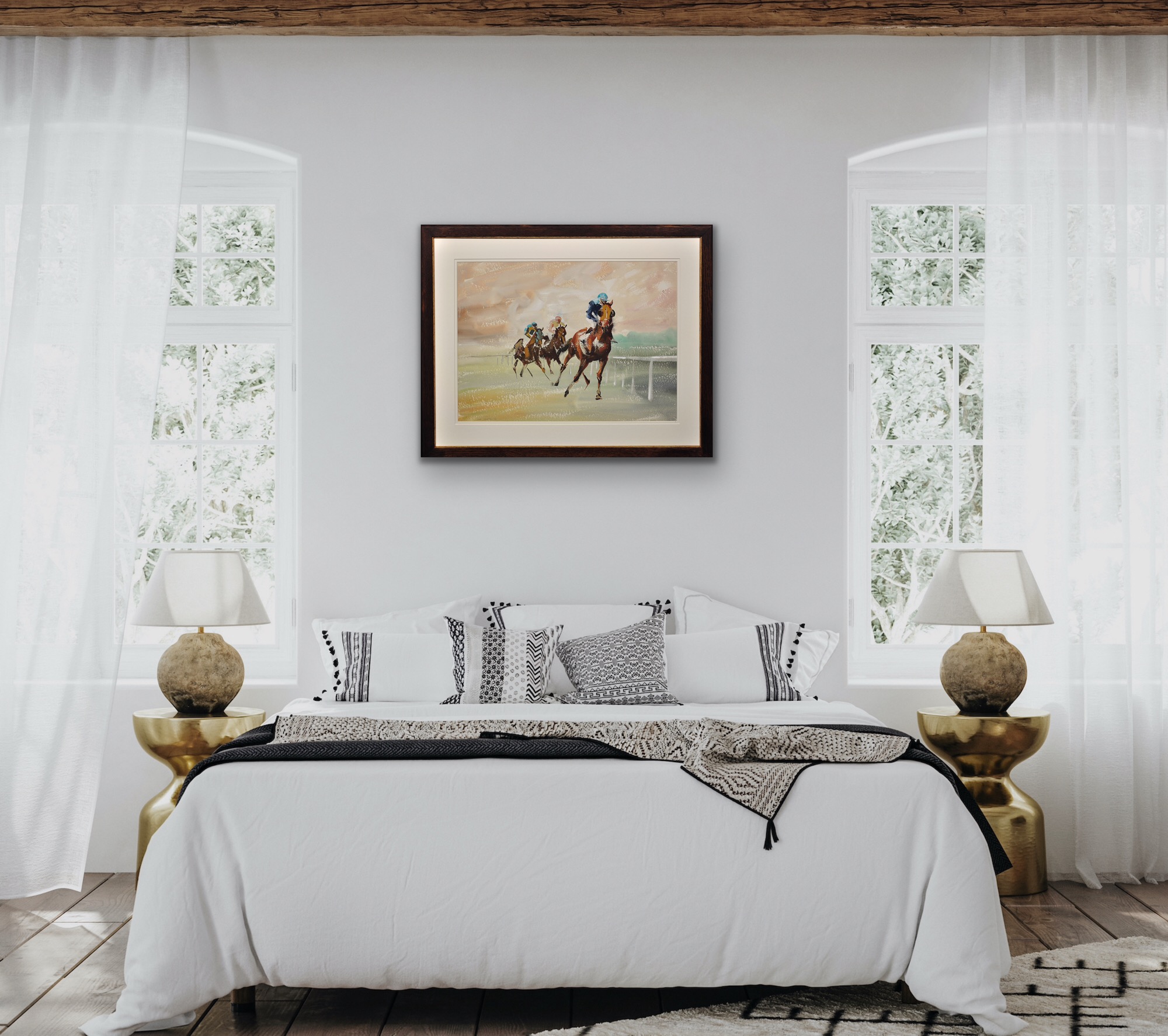 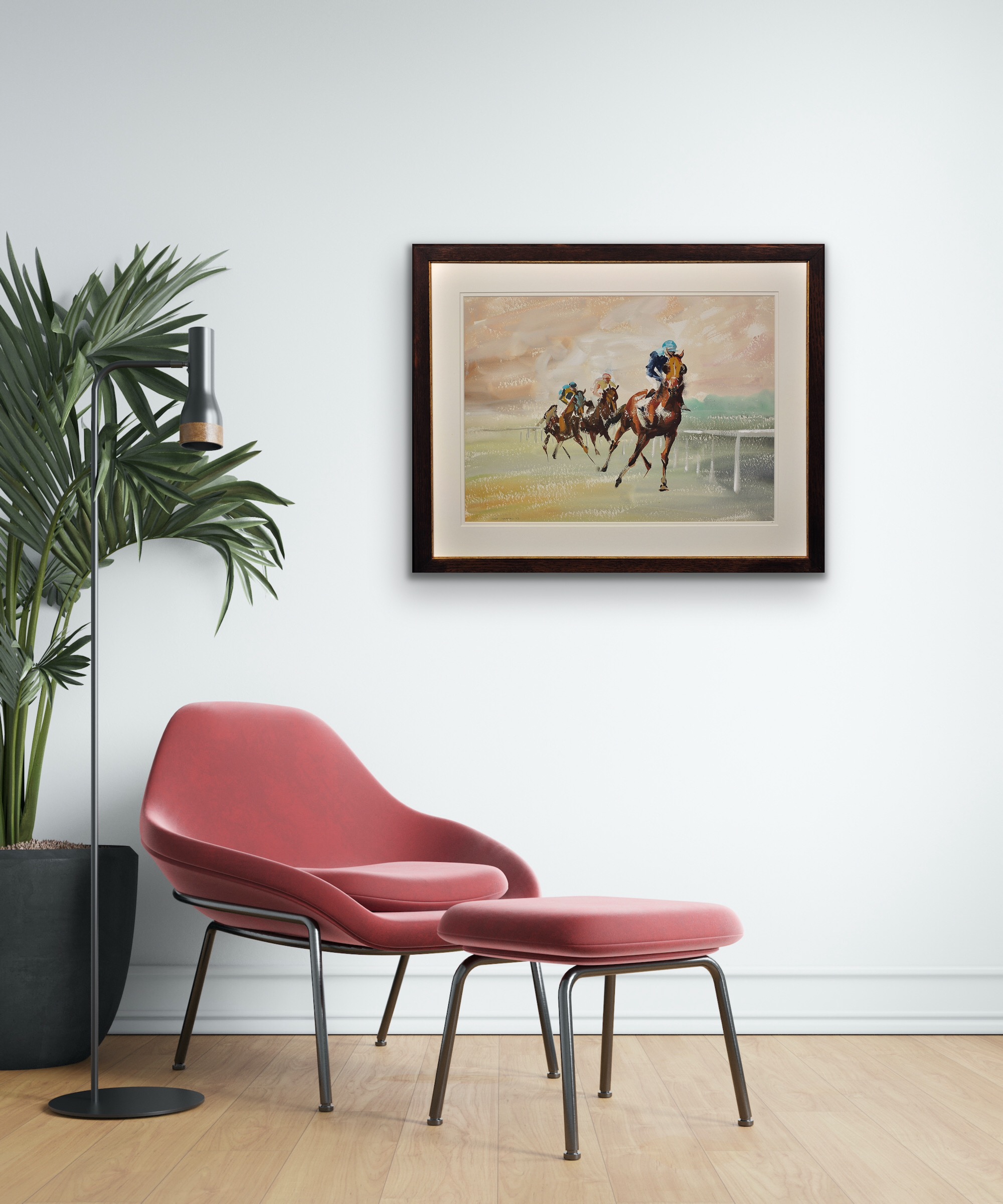 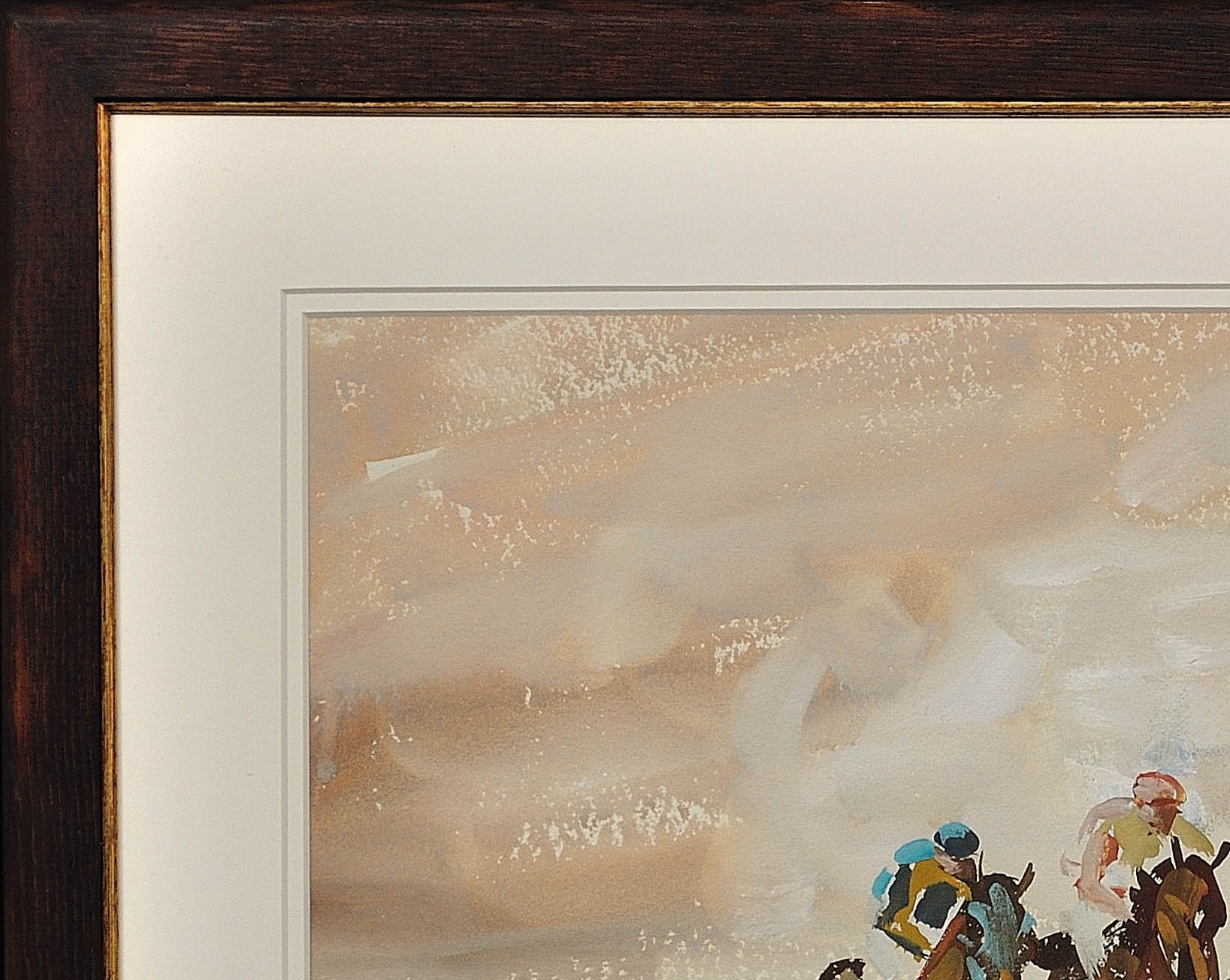 Available for sale from Big Sky Fine Art; this original gouache and watercolour painting by John Rattenbury Skeaping dated 1963.
The work is presented and supplied in a new contemporary frame (which is shown in these photographs), a new mount, conservation materials and non-reflective Tru Vue UltraVue® UV70 glass.
This vintage painting is in very good condition, commensurate with its age. It wants for nothing and is supplied ready to hang and display.
Previously with Arthur Ackermann & Son Ltd, 3 Old Bond Street, London W.1.

In 1950 he returned to England and became Professor of Sculpture at the Royal College of Art. He remained there until his retirement in 1959 when he moved to the Camargue in France, partly for health reasons. There he studied the wild horses of the Camargue, and lived for twenty years with his third wife.

This is a deceptively simple painting of three racehorses galloping on a racetrack, with white rail fencing in the background of an overwise minimal and rural landscape. All three horses are bays. Their jockeys, who are all raised above their saddles, are wearing racing colours, with two of them in navy and turquoise and the third in pink and cream. The horses are painted with such expertise and lightness of touch that there is a real sensation of movement and speed. You can almost hear those hooves thundering down the final straight! 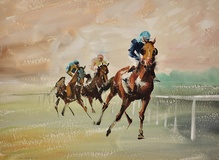