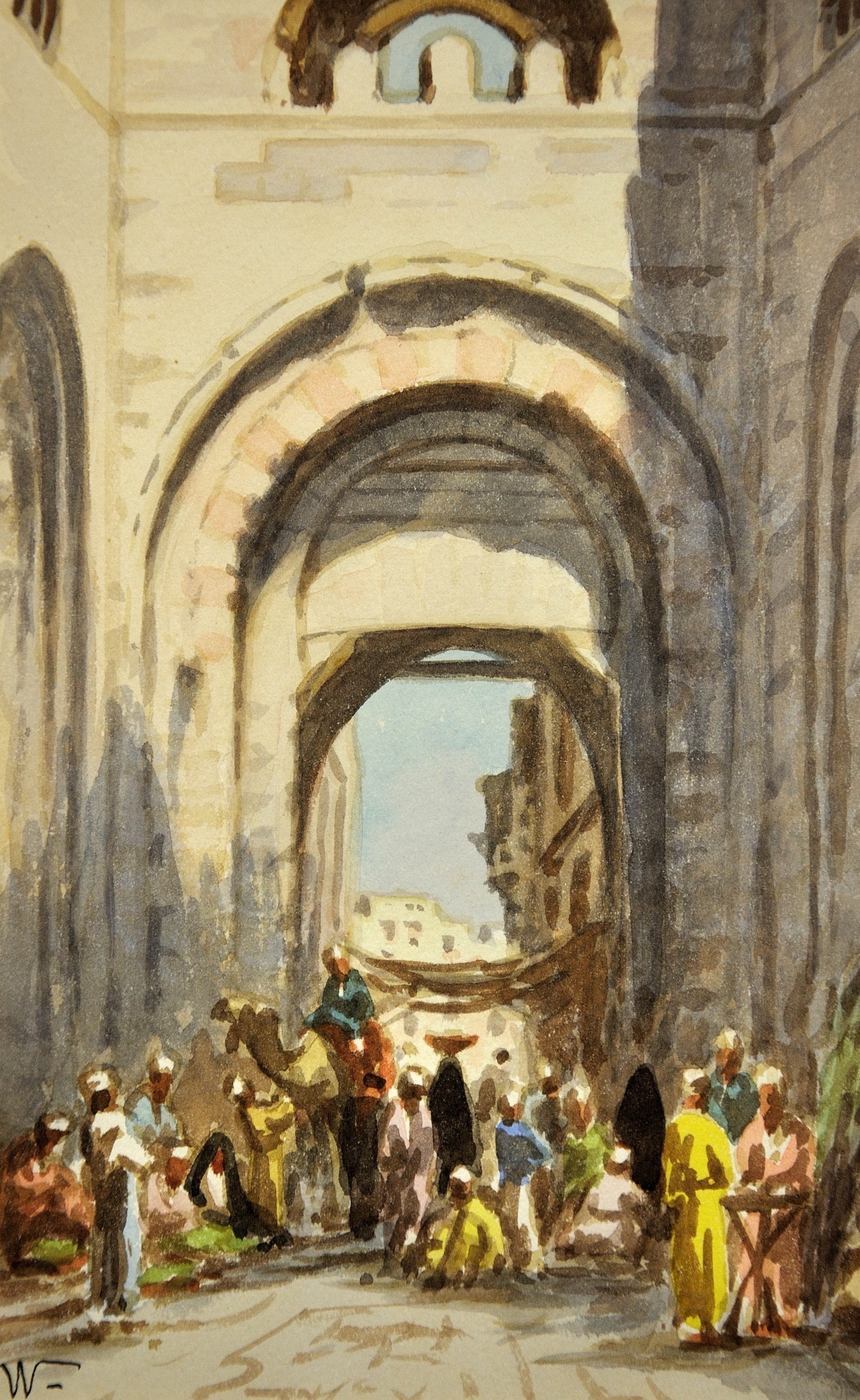 Available for sale from Big Sky Fine Art; this original painting by Edwin Lord Weeks dating from the mid 1870s.
The watercolour is presented and supplied in a sympathetic contemporary frame (which is shown in these photographs), mounted using conservation materials and behind premium glass with UV Protection greater than 70% (Artglass AR 70™).
This antique painting is in superb condition. It wants for nothing and is supplied ready to hang and display.
The watercolour is monogrammed lower left.

This original watercolour painting by Edwin Lord Weeks depicts the Bab Zuweila Gates of Cairo, in Egypt. These famous gates were built between 1091-92 and named after members of the Fatimid army who hailed from a North African Berber tribe called the Zuwayli. The gates, which mark the southern end of the Fatimid city, are one of the three remaining gates in the city wall of the Old City of Cairo, the capital of Egypt. During the Ottoman period they were also known as Bawabbat al-Mitwali. The gates feature a pair of minaret-topped semi-circular towers, built of honey-coloured limestone.

Within the arches of the gates there is a group of around twenty people wearing traditional Arab dress in bright colours including yellows, pinks and white; they are standing casually in groups or seated on the ground. It is clear that no one is in a hurry, although the atmosphere is likely and convivial. One man is on a dromedary camel, from which we get a wonderful sense of perspective of the structure. The sky above is a clear pale blue and light pours in from above; we can tell that the meeting place within the tall walls is probably a cooler place to meet and do business than the surrounding streets.